None
Tsusasa: I hate everyone.

Kuru: Except for me, right!?

Tsusasa: I hate you the most.

Tsusasa and Kuru have a mother-daughter relationship. Kuru treats Tsusasa like a baby and constantly gives her affection. But, this embarrasses Tsusasa so Tsusasa decides to act cold towards Kuru. Despite having a mother-daughter relationship, Kuru and Tsusasa tend to be violent towards each other because they seem to fight over the stupidest things. Tsusasa has always been embarrassed to admit that she loves Kuru. But, occasionally, she says "I love you." to Kuru. 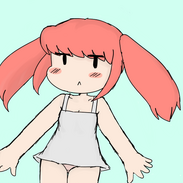 A early drawing of the human version of Tsusasa.

Tsusasa looks away in embarrassment as Kuru hugs her.

An early version of Tsusasa. 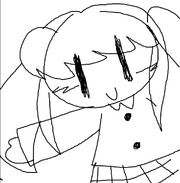 A very rough sketch of a human Tsusasa 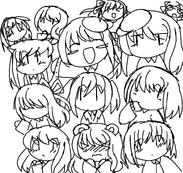 A close-up of Tsusasa in the picture.
Add a photo to this gallery

Retrieved from "https://me-myself-and-my-creations.fandom.com/wiki/Tsusasa?oldid=940"
Community content is available under CC-BY-SA unless otherwise noted.